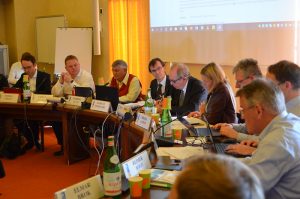 In this crucial period for the future of the European project, the definition of the financial and political priorities after 2020 is one of the major challenges of the EU Institutions and the Governments of the Member States. The outgoing Commission has left its legacy of proposals to renew the Multiannual Financial Framework (MFF) for the period after 2021 and all the EU legislation with a financial impact. Some consider the legislative package presented by the Commission a step towards a more ambitious reform, while others deem that the proposals are only a cosmetic change in the continuity of the past. The workshop took place after the new Commission and the new Parliament were respectively announced. The aim of the workshop was to assess which policy options could contribute to shape the EU policies for the next decade. The outcome will constitute a source of inspiration not only for the stakeholders during the negotiations but also after the approval of the package for those who are interested in renewing the EU policies as part of the relaunching of the European project.