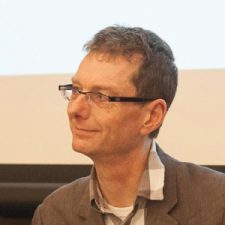 Richard Bellamy has been actively involved in the EGPP through his involvement in various conferences and workshops. He has contributed to the output of the European Democracy Observatory and of the Conversations for the Future of Europe. Richard Bellamy remains affiliated with the EGPP through his role in drafting Work Package 1 ‘Philosophical Foundations of Legitimate Differentiated Integration’ of the Horizon 2020 funded project, Integrating Diversity in the European Union.