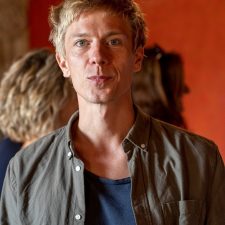 Stefan Telle is a Research Associate at the Robert Schuman Centre for Advanced Studies of the European University Institute. He is part of the Integrating Diversity in the European Union (InDivEU) project on differentiated integration in the European Union.
Stefan previously was a Leibniz Fellow at Leipzig University (2019), a lecturer at Yangon University (2018) and an Early Stage Researcher in the MSCA ITN RegPol2 (2014-2017). He holds a PhD in spatial planning from the Technical University of Slovakia, an M.A./M.Sc. in Global Studies from the universities of Leipzig (Germany) and Roskilde (Denmark), and a B.A. in History from the University of Freiburg (Germany).
Stefan has more than four years of research experience as well as multiple semesters of teaching experience. He has organised conferences and workshops, and worked on European as well as national project funding applications.

Stefan currently investigates governments’ positions on differentiated integration in the European Union. In addition, Stefan is interested in the link between European integration and the rise of populism in Member States. Previously, he explored the issue of socio-economic polarisation in Central and Eastern Europe through the lens of the European Union’s territorial cooperation program.