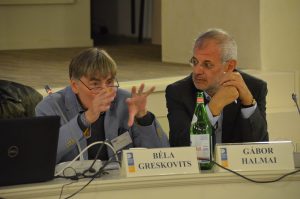 30 years after the Fall of the Berlin Wall, there is widespread disillusionment with the outcomes of the transformation in the East. Public distrust in democratic institutions and political leaders, perception of widespread corruption, limited economic and social convergence with the West, and recurrent East-West conflicts attest to this. Consequently, political liberalism and European integration are being contested; economic nationalism has re-emerged, and historical memories are being re-written to idealise Europe’s dark 1920s and 1930s. However, disillusionment has varied across countries and over time.The conference, Eastern Europe 30 years after the fall of the Berlin Wall, which took place on 8-9 November at the Schuman Centre aimed to confront the hopes raised in the early years of transformation with the outcomes 30 years later.