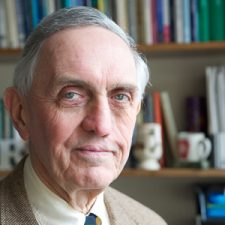 Richard Rose has been actively involved with the EGPP since it was created and holds an honorary doctorate from the EUI. In the RSC he has co-directed a Portuguese-funded project on small states in the European Union and two conferences on referendums about the European Union. This has led to How Referendums Challenge European Democracy: Brexit and Beyond (Palgrave 2020) ’, a JEPP article credited to the EUI and blogs on the Brexit website. Currently Rose is researching challenges to governing parties in Europe and symptoms of democratic sickness in Britain.